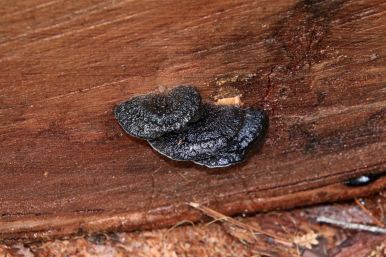 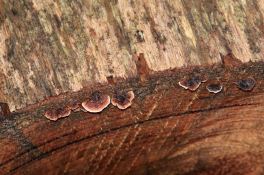 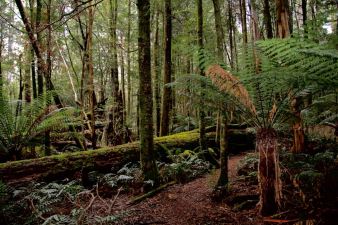 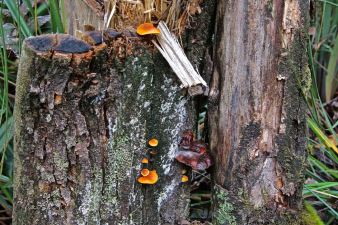 I haven’t been back since just after Black Saturday, when all that was standing were buckled Hills Hoist clothes lines in backyards that had nothing else to define them. The houses and fences were gone, the landscape was black on black. Driving up and back from Melbourne in those days was very confronting. Today, the place is green again of course, the streets and topography familiar, but it will never be quite the same.

As the vegetation regains height the forested feel is returning. However, most buildings still look to recently built, a significant, unavoidable departure from the old town.

I met my old friend Paul for lunch at the bakery. We caught up with news and amused ourselves with talk. Walking around town we went through the football ground. It was very sobering to think of the residents huddled there on that terrible day, entrapped by fire with nowhere else to go. When you look up at the surrounding mountains you still see the dead ranks of bleached mountain ash trunks towering over everything else that grows. These giant silent sentinels remain as stark reminders of the furious furnace that Marysville and surrounds became. There isn’t much alive yet on these hillsides to match their past grace and grandeur, but at least the understory is again looking robust and vital as it rises once more.

Our next move was to take a walk near Cora Lyn Falls. The cold climate rainforest has certainly recovered its verdancy. Such beautiful landscapes, pretty waterways and fern gullies – and the fungi was out in abundance.